A short break in the ongoing Guerlain-cavalcade as I feel I have to share my impressions of a new beautiful perfume: Puredistance Black is created by Antoine Lie for the top notch niche house Puredistance and will be released in November/December 2013. In the marketing blurb Puredistance ask us just to relax, enjoy and not analyze. Therefore the notelist is not disclosed which of course even more triggers a true parfumista to analyze what could be in that little sample vial.

It would be intriguing to know the notes and I hope Puredistance will disclose the notelist later on. I'm no "notepicker" but I think at least I smell as follows: To my nose Puredistance Black starts with a fine incense and some gentle spices, followed by a dark, ripe plummy note underscored with the woody notes of old oak cognacbarrels and a subtle oud. As the composition proceeds, it suddenly becomes colder and greener, I can smell what I think is pine balm, some traces of an almost fizzy geranium and some velvety, dark in the same time contemporary but clean patchouli over warm resins. On my skin Black goes from warm and dark notes to colder, greener even if still dark, dark like muffled mossgreen velvet worn in a cold, starry winter night.Further on in the second part of Black, the boozy, woody cognac notes appears again togehter with the dark plum, the fragrance gets warm, cozy and comforting in the later stages of the base. I pleasant, subtle smoky note (no harsh edges) also appears in the late dry down and together with the other notes, stays close to the skin for the rest of the dry down.

The vision of Puredistance Black is to be the dark and more masculine equivalent to the bright and light feminine I.  IMO this vision has been fullfilled, this is like Odile and Odette, resembling each other, beautiful and graceful, but in the same so time different in character. Both Black and I are subtle and refined fragrances, Black dark and mysterious, I bright and shining. Black also deliver on the promise to slowly unfold its layers and this proecess is continuing during the whole extended drydown, longevity is minimum 24h for me, when showering of the pefume after one days, it's still unfragmented and full in its texture..

Even if not particularly original as a composition, Puredistance Black is (as always with Puredistance) a very well made and wearable fragrance, of high quality ingredients and with good sillage and longevity. It's interesting to wear and a fragrance which wins in the long run. Black is definitly unisex even if lending slightly to the masculine side. The first part of the fragrance is more feminine than the second, Black becomes more masculine when the (which I guess is) pine and geranium notes appears. In it's third stage, where the warmer notes are re-appearing Black becomes more feminine again.  When it comes to resembling fragrances I think the first part contains elements from and reminds me in style of Serge Lutens Boxeuses (swe) (but without the leather and less sweet) and Annick Goutal  Mon Parfum Cheri, par Camille (swe) but drier in texture than the latter. In the cooler part of the drydown I find traces of Robert Puguet Oud but Black is more gentle and quiet in style. Another fragrance which comes to my mind when wearing Puredistance Black is Donna Karan Black Cashmere and the great Le Parfum Couture Denis Durand for M.Micallef but clean, polished and well behaved in character compared to the dangerous latter.

Lägg till kommentar
Läs in mer... 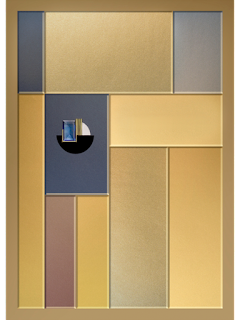