Vierges et Toreros is a spicy-woody fragrance, created for the avantgarde perfumehouse Etat Libre D'Orange by the two Antoines, Lie and Maisondieu in 2007.

As often with ELDO perfumes there is something strange and fascinating with the blend, ELDO creates fragrances that makes us reflect and recalling images. VeT starts with a weird spicy, slight plastic note, plastic in a soft, pleasent way.  Then a anorectic light smoky leather, with the plastic spices still there, sets in followed by a very subdued tubereuse. Also some patch are present but as the creation is well blended, there is hard to discern the notes from each other. The plastic-spicy impression reminds me somehow of Masque Luci et Ombre another unusual tubereuse fragrance. Even if not the similar scent, I think Mona di Orios Les Nombres d'Or Tubéreuse, which is more sophisticated, warmer and more feminine, is a similar concept with a subdued tuby togther with subtle spices. Also Histoires de Parfums Tubereuse 3 Animale has the tuned down tuby in common despite the immortelle dominated Animale is much stronger, louder and demanding than the quiet VeT.

Over all this is a quite comfortable, light spicy blend with some edges. Compared to the quite violent associated name, VeT is a quit and peaceful perfume. Suitable to wear year around, expect the warmest days in the summer, fitting both for work and casual.

Thanks to Fragrantfanatic for the sample to try.
Upplagd av Parfumista kl. 06:00 0 kommentarer

Love Chanel - A side by side test of two Chanels

The similarity between the two is that they are on the same level of radiation, on the same stage on the fragrance notescale, both are somewhere between bright than dark even if containing heavy notes and accords. And of course, the elegant Chanel interpretation of patchouli is the core ingredient in both fragrances.
Allure Sensuelle starts with radiant notes of spices and resins with an ambery, patchouli character. The texture is balsamic and almost like sweet rubber, I can imagine of a pink chewinggum. There are also glimpses of something resembeling menthol or nailpolish in Allure Sensuelle. The spicy notes are strict, well mannared and have an almost cold quality.  The ambery, spicy patchouli are accompanied with discrete flowers and dried fruits, everything very balanced and well behaved. When coming to Chanel oriental fragrances, the chilly, balanced and behaved  floral oriental  Allure Sensuelle contrasts to the warm, spicy and bombastic spicy oriental Coco (launched 1984). Compared to Coco Mademoiselle, Allure Sensuelle is sweeter and  more polished. It also feels more complicated, with some strange twists which gives the fragrance an overall more interesting drydown than Coco Mad.
Coco Mademoiselle starts with a contrasting orange/citrus and patchouli accord with elegant touches of bergamot. The heart of Coco Mad is classic florals interpreted in a clean, scaled down, contemporary way, there is no traces of a romantic floral bouquet or rural flower meadows. Coco Mad is a fragrance for urban life, a fragance which mingles well with asphalt and exhaust. The flowery heart is accompained by a musky patchouli, instead of the ambery patchouli in Allure Sensuelle, wrapped in light balsamic notes. The base of Coco Mad is the gold standard for the contemporary so called chypre, where patchouli blends became a different alternative to the banned oakmoss. Not in smelling the same, but to create a similar feeling. Compared to Allure Sensuelle, I find Coco Mad as lauder and more straight forward in its development, there are not the weired twists as in Allure Sensuelle. The patchouli is also more outstanding as single note in the basenotes of Coco Mad, in Allure Sensuelle the patch is more integrated with the amber and spices in the basenotes.

To summon up; two great classics where definitly Allure Sensuelle deserves more attention as an alternative to Coco Mad and Coco Mad doesn't need any attention as its one of the bestsellers, if not the bestseller of the 2000s.
Upplagd av Parfumista kl. 06:00 0 kommentarer

Chanel is a house with an aesthetics to love (just as Hermès). The chic aesthetics  also affects, or maybe more correct, inspires the fragrances from the house. The fragrances are well made and even if not in love with every subline, my craving for Chanel fragrances is enough to qualify Chanel as one of my favorite perfumehouses. I think many of the Chanels in the regular line is as good as Les Exclusifs, the difference is more in price and distribution, not the quality of the production.

I very much appreciate the aldehydic classics like No 5 in its difierent versions, as also the mossy citrus of Cristalle and the greenery of No 19 in the different interpretations of those classics. Also the modern classics as the incredible spicy oriental Coco and the not as much talked about gem Allure Sensuelle are favorites as also the mega hit, the contemporary fruity-floral chypre Coco Mademoiselle and its balsamic, spicy follower Coco Noir.

When it comes to Les Exclusifs there are also plenty to love. The green and clean woody vetiver Sycomore, the putty, slight dirty aldehyde No 22, the strange amberette No 18, the elegant flowers of Beige and best of them all the smooth, light flower touched, gunpowder leather of Cuir de Russie.

I'm now curious to try the new Gabrielle and find out if the new Chanel pillar fragrance will qualify among my favourites.
Upplagd av Parfumista kl. 06:00 0 kommentarer 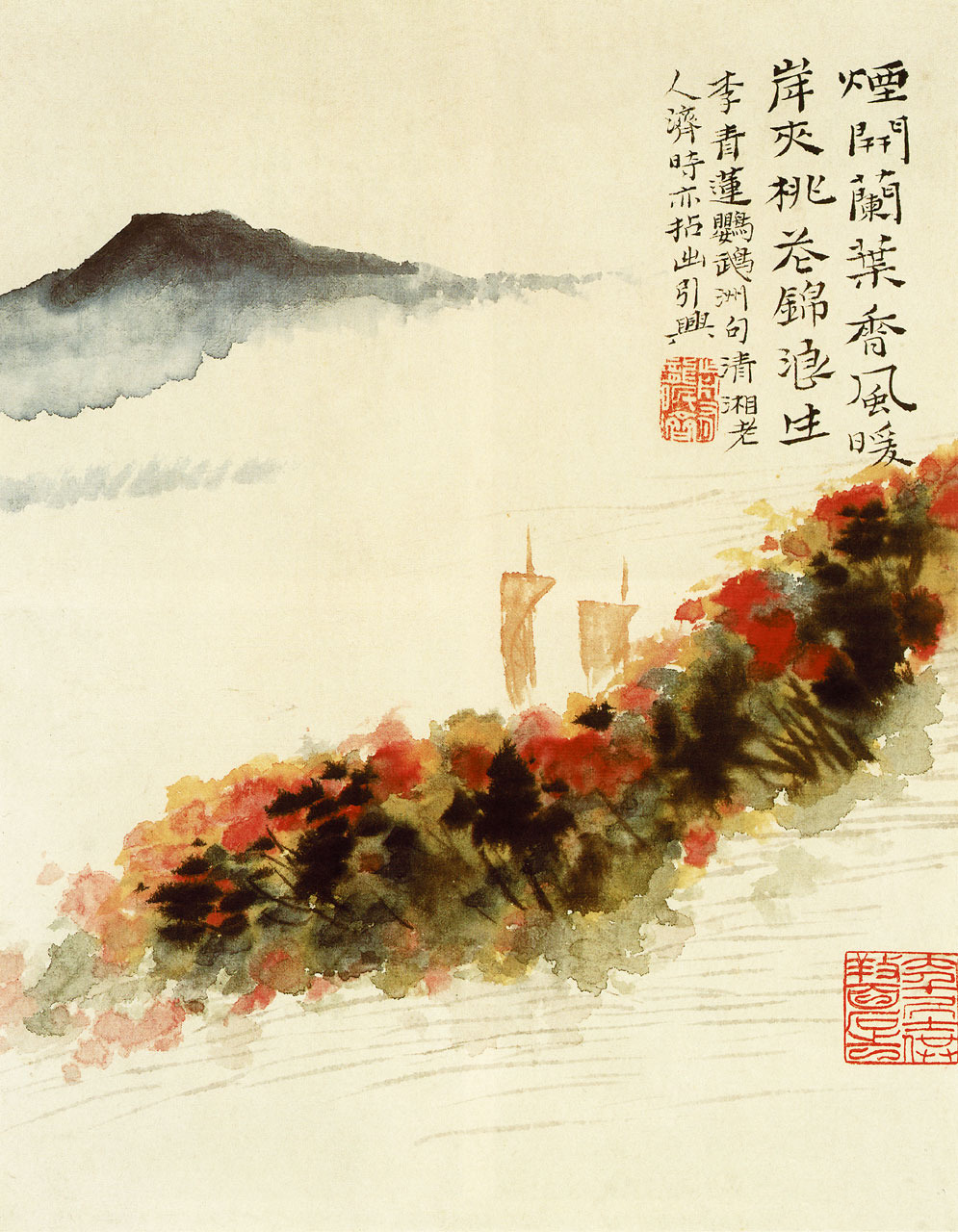 From a perfume named 1969 Parfum de Revolte one routinely expect a blend with a dominant patchouli, maybe something as Reminiscence Patchouli or the airier Etro-version Patchouly. The 1969 Parfum de Revolte, created by the houses founder the perfumer Gerald Ghislain is anyting but this: Parfume de Revolte is a fruity, slight floral dessert-like gourmand creation, and there is indeed some patchouli very well blended among the ingredients.

1969 Parfum de Revolte starts with a wonderful peachy, rosy accord supported by a note that I percieve as freesia, which is not mentioned among the notes. The peachy note is somehow not especially sweet, it's not jammy instead it's more like the fresh ripe fruit. The peach note is present during the whole dry down but reduces in extent in the middle- and basenotes.There is also an  indefinite almost dense flower-iness which complements the peach very well. In the middle/base a patchouli which highlights the dark chocolate aspect of the note shines through. But the patchoulinote is cleverly interwowen in the blend as it never takes over the fragrance, just supports with it's darkness. In this stage some soft spices and a dark coffenote also appears, perfectly matching the patch. Everything is backed up by a soft musk. In the late middlennotes/early basenotes there is an accord as I percive as true aldehydic, there is something in common, not exactly in smell but in appearance, with Yves Saint Laurent Rive Gauche.

1969 Parfum de Revolte is another beautiful and artful composition from the quality house of HdP. This is not the ordinary, screechy, chemical, fruity-floral, this is a delightful, credible fruitiness. It's an unsual blend and I for once have hard to find other scents that I think it resembles. The opening peach have some similarities with Parfums MDCI Peche Cardinal despite PC also has a plumnote in it's top and I percieve 1969 as a cleaner peach but not as airy as the springlike By Kilian Flower of Immortality.

1969 Parfum de Revolte is a good fragrance for evening but I also think it's proper to wear at daytime during the cold and grey months in fall and winter. The fragrance has a great longevity and remains almost unfragmented until the next morning.